Have you heard about the “frankenfish”? I’m not talking about the 2004 movie… I’m talking about the company, AquaBounty, who has developed a rapid growing salmon that could be the first genetically modified animal to be approved for human consumption.

I think many are wondering, “What on earth does this mean? It sounds weird and I’m not sure I want to eat that!”. Hopefully some of this information will help you!

Ok – bottom line reason why a company would modify a perfectly good piece of salmon? M-O-N-E-Y! By changing the genetics of the salmon, the company is able to grow a salmon during any season, and in much shorter time than a salmon in the wild, or even normally farmed would. In short, the genetically engineered fish grow faster and bigger than regular fish. (See picture comparison!) 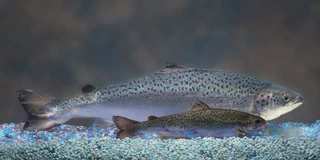 They do this by injecting a combination of a growth gene from the Pacific Chinook salmon and genetic material from the ocean pout – a large, eel-like fish – into the fertilized eggs of Atlantic salmon. This makes a recombined DNA present in cells throughout the body of the fish. The Chinook gene promotes the growth to market size, and the pout gene allows the fish to grow in the winter as well as the summer.

Is the Environment Affected by Modified Salmon?

Craig Altier, an associate professor at Cornell University’s College of
Veterinary Medicine and a member of the FDA advisory committee, also
expressed concern that, if GE fish escape into the ocean, they could
contaminate wild salmon stocks. “Containment of the fish is essential,”
he said, “as the release of this fast-growing animal could have
devastating effects on native fish populations. We need to treat these
fish as we would a potentially dangerous medicine or pharmaceutical, and
apply all of the same security measures to its production and
transport.”

The company claims that they only make sterile female salmon, but some say that their methods can only guarantee about 95% of them sterile. AquaBounty also said it plans to raise the fish in inland contained
facilities, not in ocean-based fish pens where farmed fish have been
known to escape and mingle with wild stocks. However, some are still concerned as it would just take one to cause a big problem!

Is it Safe to Eat?

Some of the concerns about consuming a genetically modified animal are in regards to allergic reactions or other unknown issues that consumers may face when eating a new product. There’s always a concern that the studies done by the company may be biased, since they have a vested interest in selling the fish to consumers.

At this point, I was unable to find much about the studies done regarding these salmon, so I think it’s very difficult to tell the actual safety of consuming it.

However, it is important for consumers to become more familiar with genetically modified foods, what you might already be eating, how comfortable you are with the process and how you feel about feeding it to your family. One of the best resources that I came across was this FAQ page by the Center for Science in the Public Interest (they put out my favorite newsletter, Nutrition Action!).

What is their conclusion about genetically engineered (GE) foods? They conclude that GE crops have been grown and consumed by Americans since 1996 with no apparent ill effects. However, since no monitoring of GE food consumption is conducted, some adverse effects, such as food allergies, could go undetected or could be mistaken to have other causes.

What Should I do?

Bottom line, there’s no easy answer for this one. Doesn’t it seem like that’s how it always is?! It’s up to you to decide what you’re most comfortable with. I will probably stick to eating salmon from the wild, but not so often so that I’m causing too high of a demand on fishing them.

New Vitamin D and Calcium Recommendations Part I: What Does it Mean for You?
Aronia Berry and Cancer: What's the Evidence? 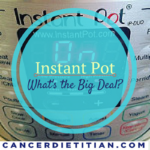 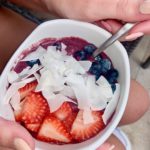 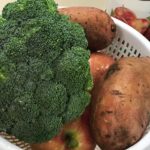 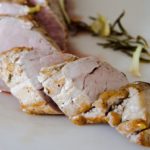 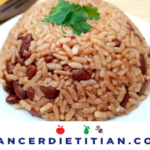 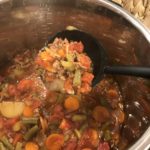