Happy Blogiversary to all my readers!! It wa

I miss my friend, Jeff – the inspiration to get it started. (See our picture on the right, at a triathlon we did together in Oct 2007). Seriously if it weren’t for his encouragement and ideas, I would not have taken my career in this direction. Not to mention many other aspects of life that I learned the few years we were friends. (The list would include growing food, composting, not following the rules, finding the silver lining while being honest, loving your family and community, going with the flow, overcoming challenges… just to name a few.)

I’m also very grateful for all of you who read my posts, participate in the conversations on my facebook page and especially you survivors who teach me things daily. Here’s to another 7 years, yah!

I had my Carbs webinar a little over a week ago. Thanks to all who attended! For those who missed it, here’s the link to the recording.

Last post, I ventured into the heated topic of GMO foods: GMO Foods: Why You Should NOT Freak Out!

Here’s part of my issue with the GMO discussion. For many, it’s not a level headed, respectful discussion. It’s like an angry moral debate. I don’t think food should be argued about. And your choice on what to eat does not imply that you are a good or bad person. I do think we need to be reminded about that regularly!

I recently read a blog post linked by a fellow RD. I felt like the article illustrated exactly what goes through my head! Here’s an excerpt:

“some people can be a little, shall we say, touchy about food. … They don’t believe that sugar, for example, is a food. Or beef. Or brown rice. Or bananas. Or whatever Mercola is fear-mongering about this week. They won’t eat white rice because of arsenic, chicken because of antibiotics, yogurt because of saccharin, olive oil because of adulteration, sugar because of obesity, soy because of man-boobs, beef because of BSE, broth because of lead, kale because of goitrogens, beets because of GMOs, bread because of autoimmune disease, quinoa because of Bolivians. If there’s anything that characterizes the modern sensibility about food, it’s fear.”

From “what I think you should eat,” posted on www.seedandfeather.com. I would highly recommend you read the whole thing! I think you’ll find it liberating. 🙂

{*UPDATE: The blog post referred to at SeedandFeather.com is no longer available.}

Actually, it doesn’t take me much time at all working with people facing cancer to be reminded that life is too short to obsess about food!

Back to the GMO’s. Here are a few interesting articles I’ve read over the last week or so regarding GMO foods.

Here is a short list of some of the potential benefits of GMO crops. It’s not exhaustive, but gives you a bit of understanding for why we would want to consider using them. Much of the information came from a Harvard article you can find here.

Of course, there are some risks. These need to be calculated and we also need to keep informed on whether the potential risks actual present in real harm. Here are a few things to think about.

From the University of Utah article I linked above:

From the Harvard Article I linked above:

As you can see, it’s not a cut and dry issue, as much as many would want you to believe. You probably won’t hear me talking a lot about this issue, at least until we have more conclusive information. That’s because of this: I think there are more important choices that you can make that have a FAR BIGGER impact on your health. GMO vs. non-GMO foods is a small issue.

My bottom line is that we know for sure that eating more fruits, vegetables, whole grains, nuts, seeds and other plant foods helps to decrease risk for cancer and other diseases and promotes general well-being. That is what’s most important. You don’t need to stress out on a lot of the other issues. Yes – educated yourself if you want, but don’t obsess. It’s not helpful. And certainly don’t make others feel badly about their choices!

Next time, we get to discover a lighter topic. My intern, now Registered Dietitian, Jessica took a visit to Bob’s Red Mill Factory in Oregon over the summer. You’ll get to see some photos and learn about their product along with Jessica’s favorite products!

2015 Thoughts and "Diet" Review
GMO Foods: Why You Should NOT Freak Out! 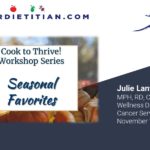 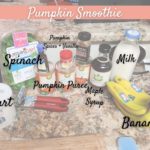 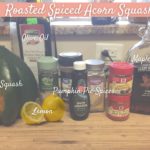 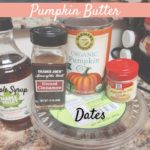 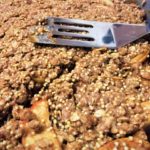 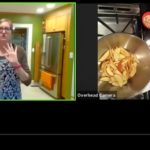